All the pleasure, but with only 0.6g carbs. Keto, gluten-free bread with seeds for delicious toasts and sandwiches anytime. High in protein and fiber.

RECYCLABLE PACKAGING
Open All Close All

Gut Health
Contains Apple fibre which Improves digestive health due to its prebiotic function, feeding up your guts bacterias

Replace the bread you usually eat, with this keto, gluten-free option to prepare toasts and sandwiches.

Toast a slice and spread your favourite Ketonico Nut Butter on it with knife, for a delicious keto treat.

Low Carb Keto French Toast is the breakfast delight you’ve been searching for, without all the guilt and trimmed down on the carbs.Ingredients: - 2-3 Keto protein bread slices- 2 large eggs- 3 tbsp of almond/coconut unsweetened milk- 1/2 tsp ground cinnamon- 1 tsp of ghee or butter- 1 tsp of erythritol. Prep: - In a large bowl whisk together eggs, milk, ground cinnamon and the erythritol.- Soak the slices into the mixture, allowing the bread to absorb as much of the egg mixture. Fry both sides with a bit of ghee, until golden brown and enjoy immediately with some bacon, low carb fruit and low carb syrup. 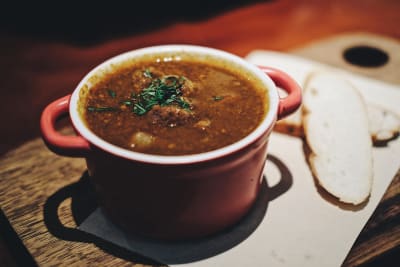 Dip some bread into a cup of hot bone broth (made form our grass-fed bone broth gel) for a heart-warming and filling pick-me-up.

SUNNY SIDE UP EGG TOAST

Toast a slice. Add eggs cooked in ghee or avocado oil, and your favourite greens and toppings. Finish with salt and pepper.

Cut some slices into cubes, add a drizzle of olive oil, a pinch of salt and pepper, and put in the oven until brown and crispy. Let them cool and spread it over your soups or salads.